Netflix and Cheer, anyone?

When I first saw the trailer of Cheer on Netflix, I instinctively added it to my queue. Truth be told, I have never been a cheerleader. But when I see girls getting thrown in the air, I wished to be one of them!

Although I added the show to my queue, I did not watch it – until my ex-colleagues praised the show. FOMO, I knew I needed to watch it right away to see what all the hype is all about!

Well, here’s what I learned from the first episode of the show.

Personally, I cannot imagine the roller coaster of emotions that the kids are going through as cheerleading only goes as high as collegiate level. From the first episode, you will see what the kids would do just to stay on the mat. It’s now or never!

Yes, I thought so too until I watched the show.

I fell in love with the characters. Each of them has got their own personality and the amount of effort they put in to stay on the mat reminds me of celebrities climbing the star ladder.

Coach Monica of Navarro has got so much class! She’s definitely my idol.

5. “So, that’s the biggest competition, it’s just against our teammates”

I didn’t realize your biggest enemies could be your very own teammates. Talk about friendships and such man.

6. “Go get a tampon for Jerry’s bleeding nose!”

I can’t wait to learn even more fascinating things from the remaining episodes, LOL.

I may have cringed many, many times while watching the first episode, but deep down I silently cheer for Navarro. 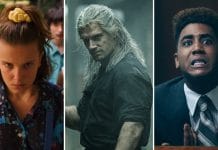 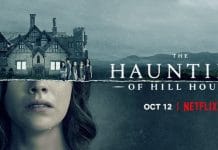