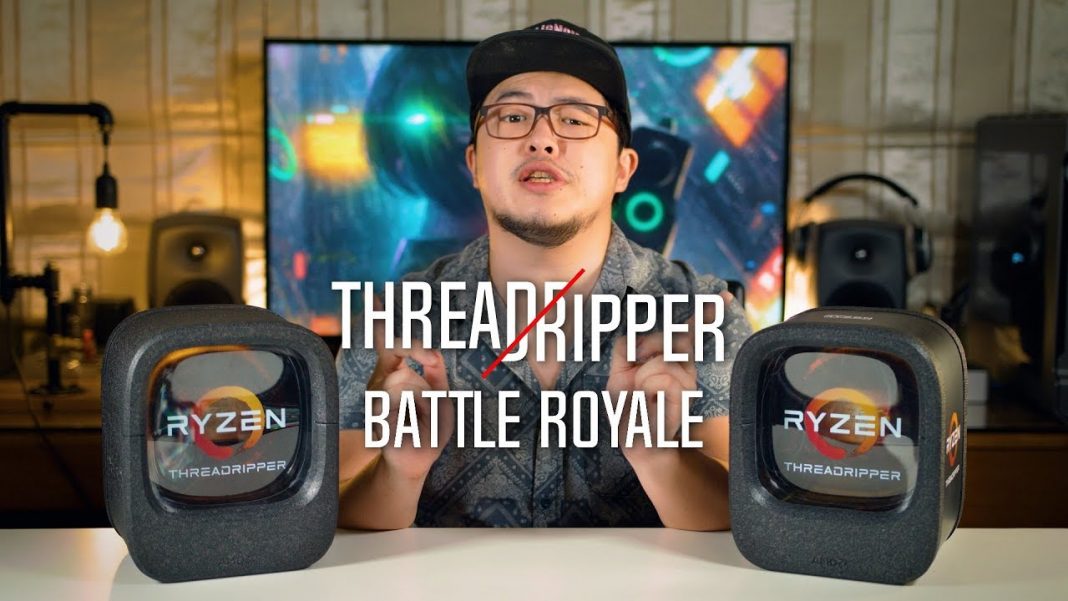 Ever since we got our Ryzen 7 workstation, we’ve been hard at work to produce more content for you guys. We’ve been very impressed with our Ryzen 1700x performance. So much so that we decided to step it up a notch. Okay, maybe 10 notches. 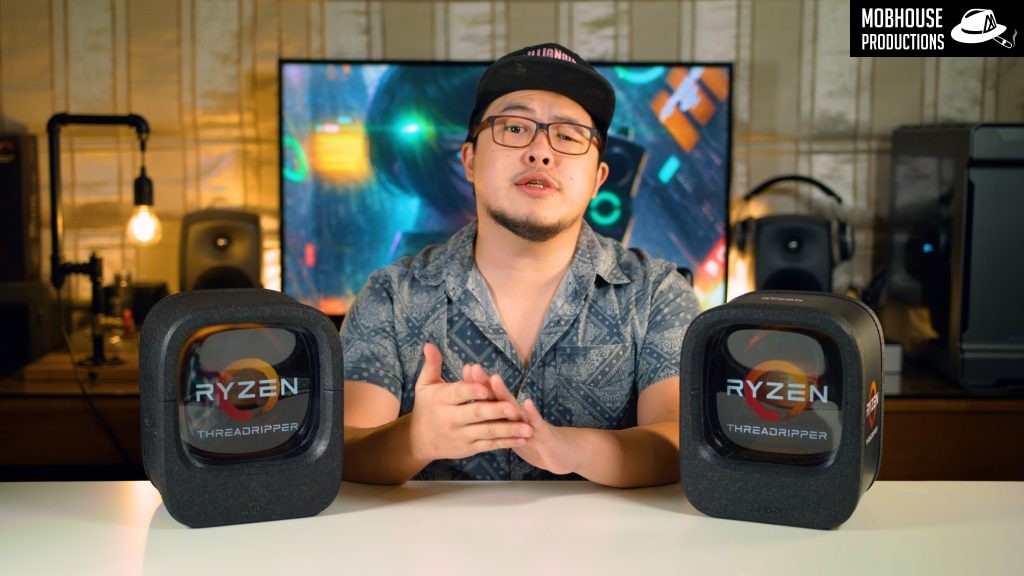 Today, we’re gonna check out these Threadripper processors to find the perfect fit for our team at MOBHouse!

Welcome to the Battle Royale of the TR4 processors! In the red corner, we have the Ryzen Threadripper 1920x, weighing in with 12 Cores/24 threads and a hefty price tag of RM3,899 or USD799.

On the other, also red corner, we have the beefier older brother – the Threadripper 1950x, weighing in with 16 cores/32 threads and an even heftier price tag of RM4,799 or USD 999. 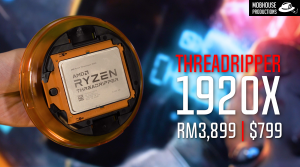 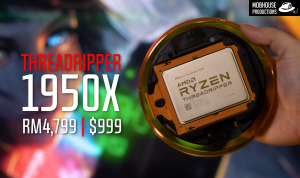 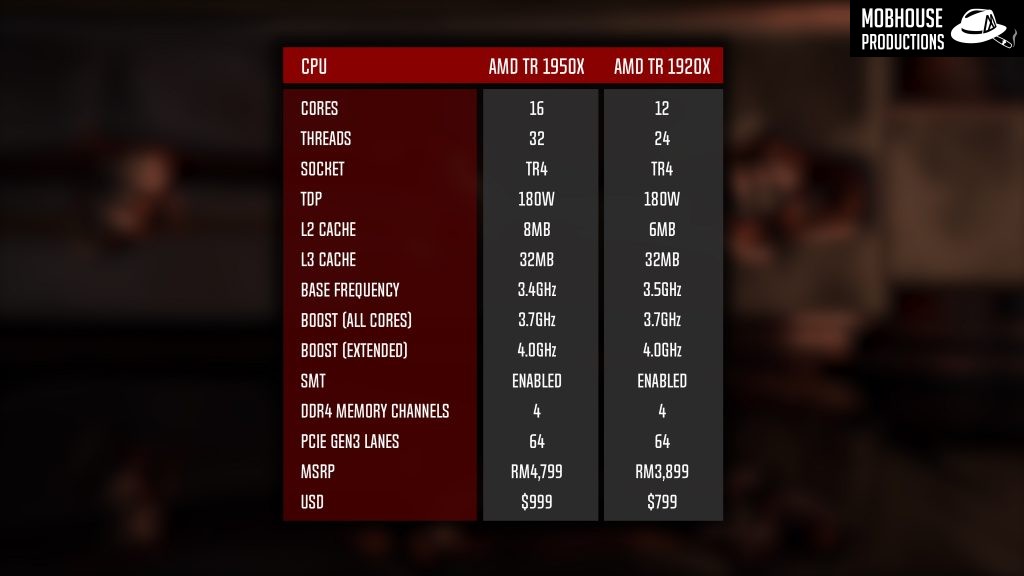 SMT (Simultaneous Multi-Threading) is AMD’s feature which is similar to the Intel’s Hyper-Threading technology. Essentially, it allows each physical core to be recognized by the operating system as two threads (or logical cores).

Here are the parts for today’s test bench:

As expected, the Threadripper processors far exceed our other CPUs in synthetic benchmarks. After all, they are in a completely different league. In almost all AIDA64 tests, we observed an 18-25% increase in performance on the 1950X over the 1920X. In Stability Test, both Threadripper processors maxed out at just under 180W in power consumption, around 50W more than our Ryzen 7 1700X. Their slower clock speed made them suffer a little in Ycruncher but those extra cores really flexed their muscles in rendering benchmarks. 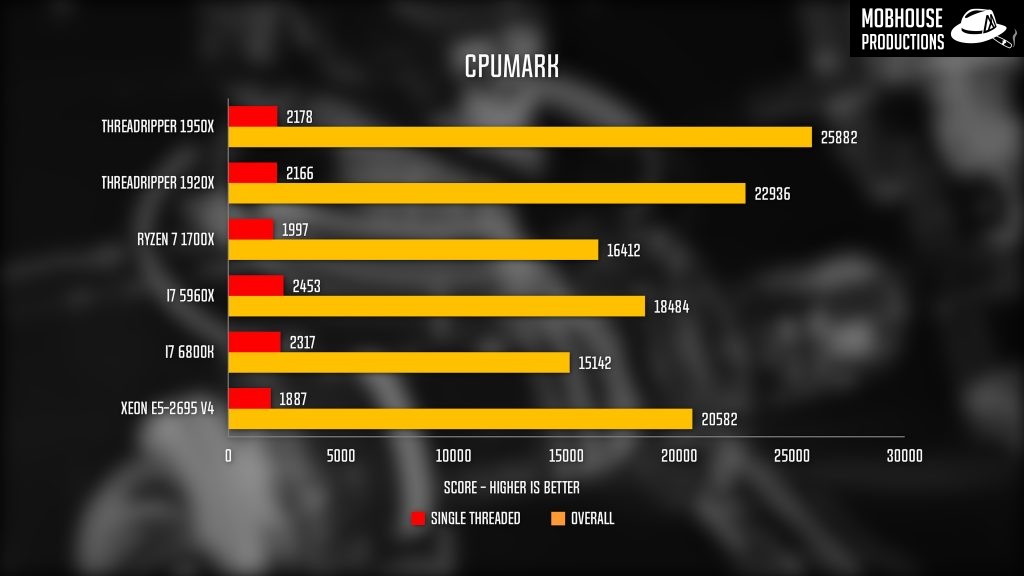 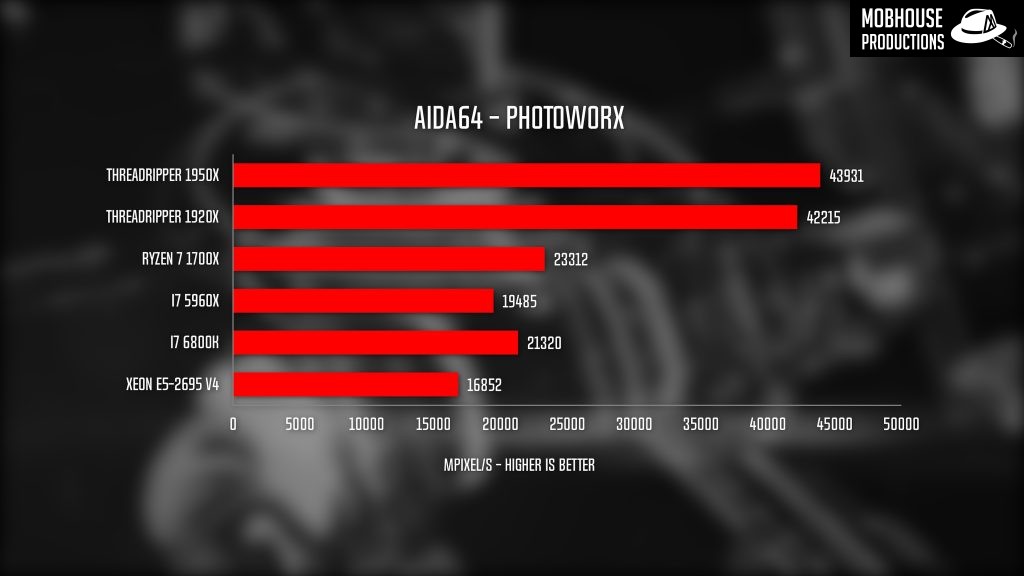 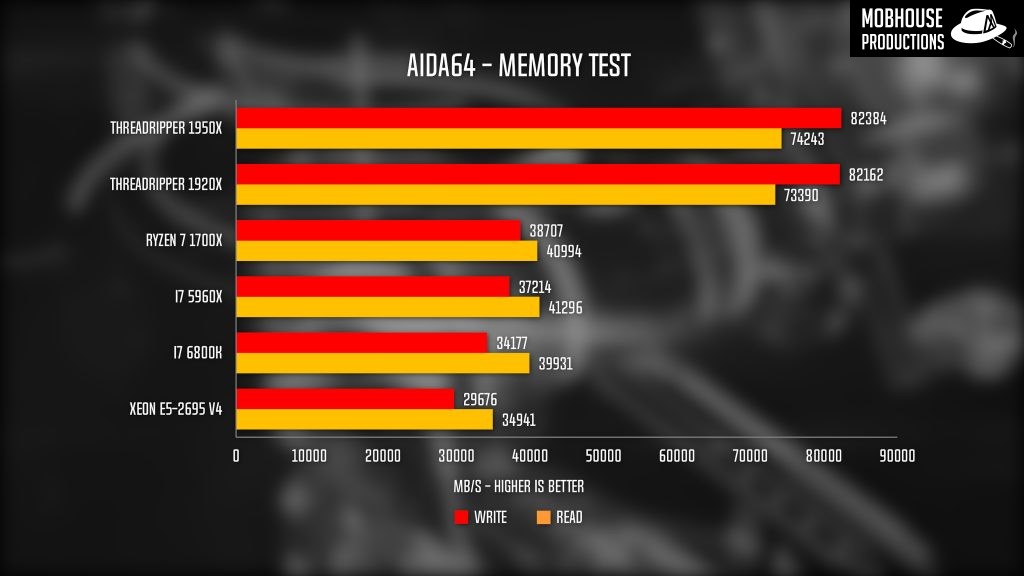 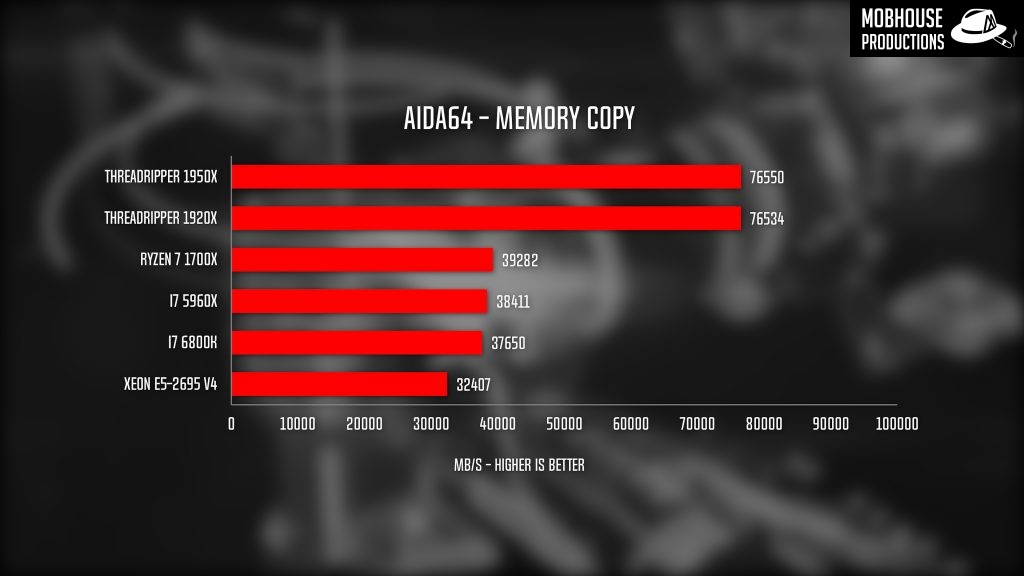 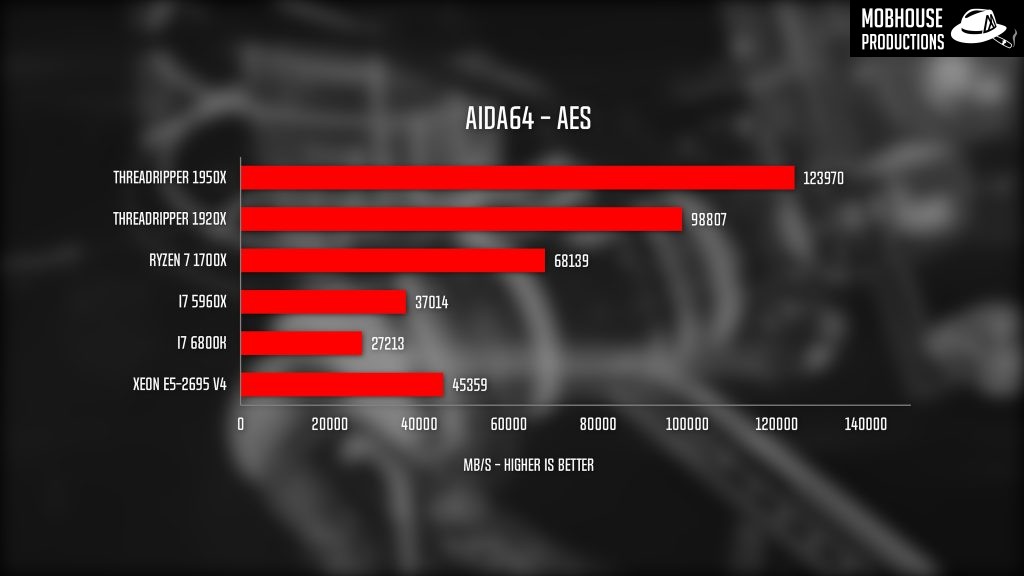 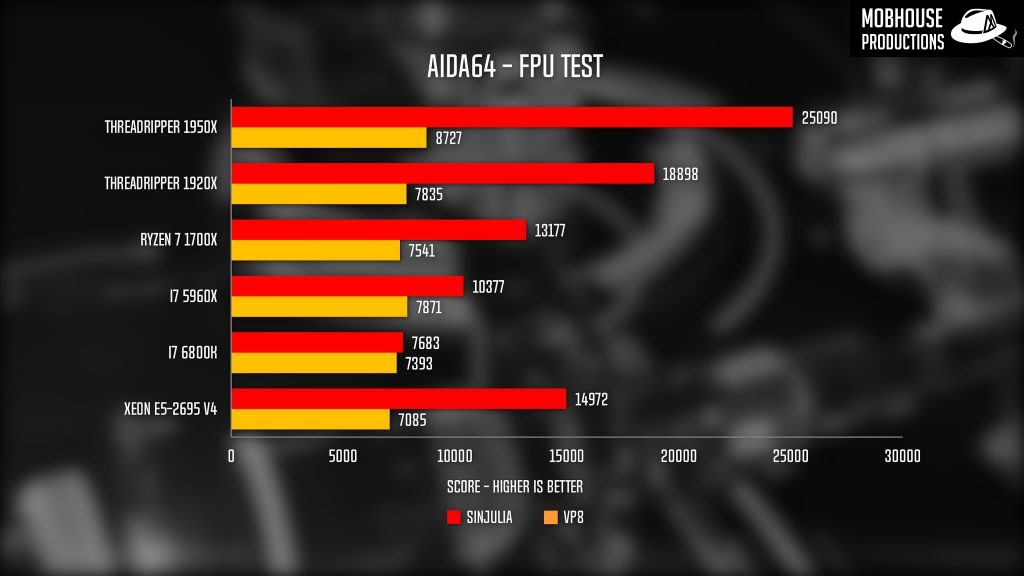 Finally, here are our Realworld benchmarks using Adobe Premiere Pro, After Effects, and Media Encoder. While it is definitely noticeable, we’re not seeing groundbreaking performance increases over the Ryzen 7 unless the edit is complicated. This is unsurprising since these software are not optimized to utilize all cores on the processors. You’d probably have better luck with 3D rendering for applications such as animation and architecture. NOTE: We won’t be doing gaming benchmarks on these processors. If you’re building a pure gaming rig, you’re better off getting an i7-8700K or even the Ryzen 7 1800x at a fraction of the cost along with the best Graphics Card with the leftover money.

The performance difference between the two Threadripper processors is pretty darn close. However, the extra cores on the 1950x should allow us to multitask better and get a little more power on heavier multi-threaded tasks. The 1950x still costs about half the money of the i9-7980XE. If you’re looking to build a gaming PC though, we recommend that you pick up an i7 or Ryzen 7 instead and you can pump all that extra cash into a GPU. Maybe even a couple.