“Art should comfort the disturbed and disturb the comfortable,” – Cesar Cruz

Parasite is a movie about inequality in terms of wealth and the subsequent social status as well as materialism. All of which contribute to societal discrimination and perspectives based on how rich or poor you are. With each plot twist, Parasite pushes you to question who society’s true parasites are; the rich or the poor?

The movie is a dark comedy that the US President Donald Trump criticized for its triumph at the Oscars. Apparently, it’s because he didn’t bother to read the subtitles. Just kidding… It’s most likely due to the ongoing trade issue between US and South Korea. But, maybe Trump would favour the movie if it were made by North Korea instead.

A symbiotic relationship between the wealthy and the penniless

The Kim family consists of both parents, Ki Woo (son) and Ki Jeong (daughter).  Living in a semi-basement unit, they are no strangers to taking odd jobs to make ends meet including folding pizza boxes!

However, their fate takes a turn when Ki Woo gets an opportunity to become an English tutor for the wealthy Park family’s daughter. Once hired, quick thinking Ki Woo devises a plot to trick the Park family into hiring his sister. One by one, the entire Kim family secures a job each under the Park family’s employment.

Unbeknownst to the Park family, their new hires are actually a family unit and are becoming parasites to both the home itself and the Park family themselves.

However, things quickly go downhill when the previous housekeeper (whom they tricked Mrs Park into firing) returns to the Park residence. She reveals that her husband has been living in the home’s secret basement for years to avoid the loan sharks. Oh my goodness, they are Parasites too!

From here on out, the movie progresses with a lot of twists and turns!

My take on the movie

I’ve watched the movie twice and the second time was even more rewarding. I picked up on several things that I missed the first time which make Parasite an oscar-winning title. Here’s what I picked up!

1. Everyone is a parasite… the poor AND the rich

Parasite is the perfect title for this movie because everyone has parasitic tendencies; from the poor Kim family who conned their way under the service of the Parks, a wealthy household who hires people of lower class to provide themselves more convenience and freedom from menial tasks. Little did they know, they have been harboring a stranger in the basement that they know nothing of for years. What goes around comes around?

The movie focuses on how the lower class are forced into conflict against one another to fight for scraps while privileged families like the Parks live comfortable lives, contributed by the lower class’ labor and service. Although the Parks are not inherently bad, but their willful ignorance and casual entitlement (especially Mrs. Kim) unveil their parasitic tendencies.

2. The Kims can never be the Parks

The closing scene is heartbreaking; we see Ki Woo make a promise to his father although it is clear that Ki Woo will never be able to afford the Park family’s house. This isn’t due to his lack of talent or intelligence; after all, it was him and his sister who successfully orchestrated their cunning plan. It is simply because he wasn’t born into the “right family”.

One of the story’s big deception was the hiring of the Kim family, yet none were technically unqualified for their positions. Much of the tension stems from the fact that the Kims do not belong, and yet, they do; they just happen to find an unorthodox entry point. Some of the best scenes in the film are when the Kims nearly expose themselves and try to maintain their facade and composure in front of the oblivious Parks.

The film makes you wonder if success is truly organic or is it contributed by the circumstances of an individual’s birth and the environment that the individual is being raised in.

Ki Woo and his sister were able to secure their tutoring positions due being recommended over their forged documentations. In the inner circles of the wealthy, connections play a more important role than ability and qualifications.

3. No plan is the best plan

Ki Woo has a penchant for plans things as he dreams of climbing up the society ladder, which is a trait that he obviously did not inherit from his father.

“You know what kind of plan never fails? No plan at all. If you make a plan, life never works out that way. That’s why people shouldn’t make plans. With no plan, nothing can go wrong.”

Personally, I’ve been through that kind of despair before; wondering what the hell I’ve gotten myself and my family into because of a mistake I made. This particular father-and-son scene hits me the most because it accurately depicts the situation of someone who is powerless against the ways of the world. It serves perfectly as the final bullet in the chamber for the movie’s ending.

Parasite definitely deserves all the 5-star reviews it received! The story is original, compelling, and as repeatedly described by the movie’s cast, “metaphorical“.

The actors are wonderful and the cinematography from Kyung-Pyo Hong is stunning. Of course, writer-director Bong Joon-Ho has made a name for himself from Parasite that even Mark Ruffalo wants him involved in future Marvel films.

You can watch Parasite in cinemas now or on Astro GO. Oh, and here are the movie soundtracks! 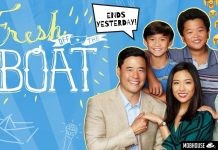 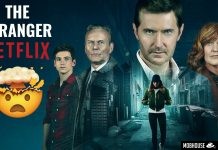