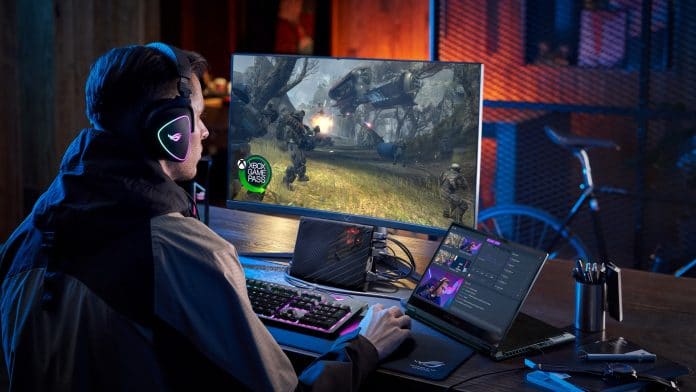 Watching the CES 2021 ASUS ROG launch got us excited with their new lineup of gaming laptops, monitors, and peripherals. Based on what was announced at the launch, the new ROG laptops will sport the latest AMD Ryzen 5000 Series processors with NVIDIA graphics to deliver powerful performance in slimmer bodies.

The most interesting laptop from the line-up, the ASUS ROG Flow X13, is a compact convertible 2-in-1 gaming laptop. Weighing in at only 1.3kg, it measures in at 299mm(L) x 222mm(H) x 15.8mm(D). As the laptop is designed to be used not just for gaming but also for work, it features a 360-degree hinge allowing you to switch between Laptop Mode, Stand Mode, Tent Mode, and Tablet Mode.

On top of that, buyers will also have the option of choosing between two 13.4” 16:10 IPS touchscreen displays; a 120Hz FHD display for gaming or a 4K UHD display for content creators. Both displays will sport a Corning Gorilla Glass for scratch resistance and are compatible with the ASUS Pen.

Other hardware includes up to 32GB of LPDDR4X-4266 RAM, which uses 50% less power and generates less heat than the usual DDR4 memory. For storage, the laptop will have an M.2 PCIe SSD with up to 1TB of capacity. Connectivity-wise, it comes with one USB Type-A 3.2 Gen2, two USB Type-C 3.2 Gen2, one 3.5mm combo jack, one HDMI 2.0b, and the proprietary ROG XG Mobile Interface (PCIe 3.0 x8) port.

If the GeForce GTX 1650 isn’t powerful enough, ASUS is also releasing an external GPU, which is dubbed as the ROG XG Mobile with an RTX 3070 or 3080 inside alongside the Flow X13. It will connect directly to the Flow X13 via a custom PCIe 3.0 interface.

The RTX 3080 will be clocked at 1810MHz with ROG Boost and has a vapour chamber cooling system to keep things cool. However, there is no news yet for the RTX3070. At an incredibly portable weight of only 1kg, it measures 208mm(W) x 55mm(H) x 29mm(D), making it 6% the size of a regular external GPU.

Other features also include a DisplayPort 1.4 and HDMI 2.0 display output, four USB Type-A 3.2 Gen1 ports, an SD card slot, and a Gigabit Ethernet port. With this, the ROG XG mobile is not just an external GPU but also a multi-port hub. For a simultaneous plug and play, a built-in AC adapter will deliver power to both the ROG XG Mobile and laptop. 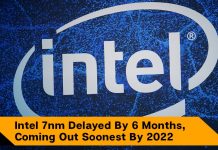