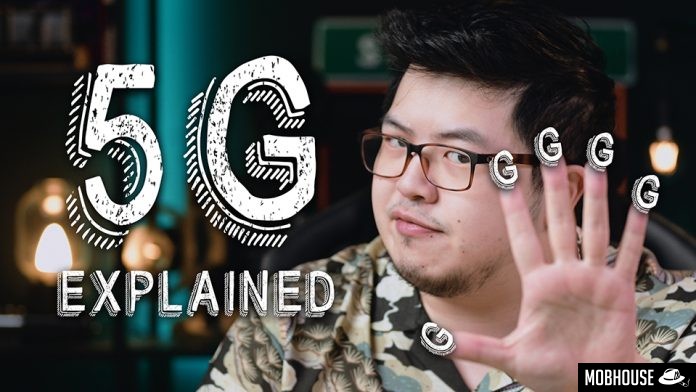 In the past decade or so, we’ve largely adopted the 4G LTE standard mobile internet. Now, we’re currently transitioning into the 5th generation and hence the number 5.

What makes 5G so groundbreaking compared to 4G? Why all the buzz?

The main thing we should pay attention to is the frequency bands that 5G supports.

With 4G LTE, we could only go up to 2.5GHz while 5G covers a wide spectrum of frequency bands from sub 1GHz up to a whooping 95GHz! The unprecedented flexibility that 5G allows opens up to seemingly endless new applications and hugely surpasses the limitations of 4G that we have today.

5G frequencies can potentially overlap with 4G but like we mentioned, they are incompatible with one another. Once it becomes mainstream, 4G and 3G should gradually become obsolete.

Not all 5G are made equal

Based on the frequency bands used, 5G can be classified into three types: Low-Band, Mid-Band, and High-Band.

They are very different in nature. TLDR, the lower the band, the better the coverage, and slower the speed and vice versa.

Low-band 5G covers the sub-1GHz frequency spectrum, which has long been used for cellular connectivity, including the 4G LTE that we have today!

This type has the best cellular coverage versus higher bands and is especially useful in sprawled out suburban or rural areas. It also has the lowest speed which ranges from around 100Mbps to 300Mbps, largely similar to the higher end 4G LTE speeds

Since it is the easiest to deploy, some providers such as T-Mobile (USA) have taken a ‘bottom to top’ approach by rolling out low-band 5G first. One can also argue that it would ensure a stronger foundation for transitioning from 4G without compromising coverage.

In Malaysia, the 700MHz band is allocated for low-band 5G.

Mid-band 5G covers spectrum between 1GHz and 10GHz, which are currently used for most 4G bands and Wi-Fi; Wi-Fi routers use 2.4GHz and 5GHz.

This type of 5G sits in the middle in terms of range and transmission speeds. Due to this fine balance between speed and coverage, Mid-Band will undoubtedly end up carrying the majority of 5G traffic. In a test by CNET, speeds between 400Mbps and 600Mbps can be observed in  different parts of the world with Mid-Band 5G, including USA, UK, Australia and Korea. We have yet to see a definitive speed range for this so your mileage may vary.

Suburban and rural areas should be seeing a mixture of low-band and mid-band while urban areas would mostly be enjoying mid-band with high-band in selected areas.

In Malaysia, the 3.5GHz band is allocated for Mid-Band 5G.

Finally, we have the star of the show— High Band 5G— which covers frequency bands from 20GHz to upwards of 95GHz.

Most of the crazy 5G speed demonstrations you see online were done with High-Band! Since it is currently not used for consumer applications, there will be a lot of unused spectrum for crazy fast speeds. It’s a largely untapped but premium real estate!

High band has the lowest range but can achieve the highest speeds, with a theoretical maximum of 10Gbps; real-world tests peg it at around 1-2Gbps. The nature of high frequencies render it unable to penetrate through solid objects and travel longer distances.

Due to limited coverage, High-Band will usually be supported by Mid-Band. It is however, extremely favourable in densely populated urban areas where its range is not really an issue.

Have you noticed how your 4G connection slows down when there are more people around? This is the result of 4G’s lower bandwidth and limited capacity. With the wide spectrum available on high-band, technically, you and everyone else should be able to enjoy uninterrupted fast internet in a jam-packed football stadium.

In Malaysia, the 26GHz and 28GHz bands are allocated for high-band.

Made for more than just streaming Netflix in 8K

For most of us, besides a huge upgrade in mobile broadbands, we should also be able to enjoy futuristic technological marvels that are stuff of science fiction! 5G will be the conduit for the Internet of Things (IoT) – smart devices that are interconnected, making real-time data exchanges.

Machines would be able to communicate with one another to coordinate and perform remarkably complex tasks. We’ll be seeing domestic robots, self-driving cars in smart cities, revolutionary developments in industries, medical, agriculture and so much more!

Ready or not, 5G is coming to Malaysia. Our advice is to keep informed about the different types of 5G as we have pointed out so you get the best bang for your buck. If you have any questions, do hit us up at MOBHouse on Facebook and we’ll try our best to assist you.

For the TL;DR, check out our pilot episode of MOBHouse Technically on 5G.