Home Tech Tips Laptop or Desktop? Which Is Right For You?

If you’re thinking about working/gaming on the go or at a fixed location, this article is specially written for you! Laptop or Desktop? Which should you go for? Let’s have a look at the pros and cons of both sides. 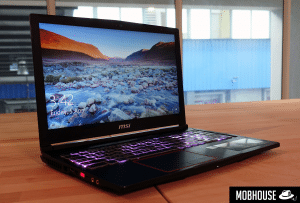 Laptops are generally lighter than desktops with the same specifications and should fit into any carry-on bag. They also come with a portable battery built in. Easy. Quick. On the go.

You can buy one and it’s immediately good to go. Laptops are complete with computer components, a display, speakers, keyboard and a touch-pad in lieu of a mouse. Just press the power button and get gaming/working!

Mobile counterparts of desktop components tend to draw less power and generate less heat so you’re definitely going to save a few bucks off your electricity bill.

While technically Laptops don’t come with an Uninterruptible Power Source (UPS) stuck to them, they do have a battery that will keep your valuable data safe in the event of a power outage.

The more your laptop can do, the more you’ll find yourself stuck to a wall socket. Powerful laptops like Desktop Replacement Laptops trade performance for a much shorter battery life.

A laptop with the same specifications as a desktop will usually cost more. Also, even when using full-sized desktop components, manufacturers tend to put limitations to them due to thermal limitations within such a compact package.

Built-in components such as processors and graphics cards in laptops are usually soldered in. Usually, the only parts you can upgrade in a laptop are memory and storage. There are manufacturers that make laptops with upgrade-able processors and graphics cards. However, upgrades as such are rarely worth it because the parts tend to be so pricey, you’re better off just getting a new laptop.

Finding a replacement part for the laptop is difficult. You will most likely need to contact the manufacturer; or if you send it to the workshop, there will be a waiting period that could take a long time. 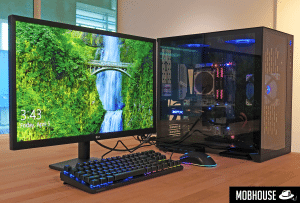 In general, desktops can hit a higher performance ceiling compared to the laptop even with the same specs due to the thermal limitations of the laptop in such a compact package.

Despite their larger size, desktops are usually better value for money than laptops. They can sometimes be cheaper by hundreds despite having the same specs.

The desktop has separate components which you can replace at any time. This allows for flexibility in customizing a set specific to your needs. Components can be purchased from the store at any time which allows upgrades at any time you can afford. CPU sockets and motherboards tend to stick around for a while so you can progressively upgrade your desktop for a little more future proofing.

The desktop is much easier to repair than the laptop because its components tend to be larger and more available in stores.

A desktop is not exactly portable unless you have a tiny ITX build. Moving a fully decked out medium or full tower can be quite the hassle. Desktop PCs generally don’t come with a built-in battery so you can’t use them on the go. There is also the need to lug around a monitor, keyboard and mouse.

There is a need to be mindful of the many components when it comes to a desktop, unless you’re buying a pre-built one. This can get very confusing during the purchasing stage and problems become difficult to troubleshoot if you have 0 knowledge about PC. While there are tutorials online about building desktop PCs from scratch, the probability of you missing out on steps and screwing it up is still pretty high!

TO EACH ITS OWN

There will always be more things to consider depending on your circumstances, but it is obvious that the laptop is more suitable for people who are actively moving around, and the desktop is a far better choice for anyone looking to work in a designated spot, especially when performance is a priority.

So, which of the two are you leaning towards? Comment below so we can know what you think!