Shark Tank consists of a board of self-made multi-millionaires and billionaires (AKA “Sharks”) who invest in all kinds of businesses/ products and help business owners or inventors bring their products/ ideas to a whole new level.

If you haven’t watched Shark Tank before, this is a show where business owners or inventors pitch their business models and products/ services in hopes of getting a Shark (or two!) to invest thousands of dollars in their businesses. Sometimes, the same Shark will make two or three different investments on a single episode, which can amount up to US$500,000!

With every good business pitch, there will be a bad one. So, let’s take a look at what we think are the top 5 worst products on Shark Tank.

These products get a NO from MOBHouse

On March 2011, the inventor of Wake ‘n Bacon, Matty Sallin, pitched his product on Shark Tank to get $400,000 for 20% of his company. Wake ‘n Bacon is a wooden alarm clock that broils bacon when set to the time you wake up. The delicious crisp of bacon is supposed to gently wake you up. Not only did Matty not get a deal, his product is no longer available since 2018.

Truthfully, I really don’t think it’s a good idea to leave bacon strips out of the fridge on the evening before for the alarm clock to cook them the next morning. Check out how long can bacon be out of the fridge. Also, who would want their room to smell like bacon grease?

Edwin Heaven is an entrepreneur who looks like a magician. He claimed to have found the cure for missing socks. To solve this, he started manufacturing Throx, which are packages of three normal-quality crew socks. In his logic, even if you lose one sock, you will still have two more. Can you guess how much he was asking ? US$50,000 for 25% equity.

Although the crew design isn’t terrible, I don’t see the difference in buying an extra pair of socks to solve the missing sock problem. But, if you’re interested, Throx website is still up and running.

Darrin Johnson is a certified doctor who invented a bluetooth device that is required to be surgically implanted into the user’s ear canal. OKAY… If that didn’t freak you out, it also requires a Q-Tip-like charger to be inserted into your ear everynight. O-K-A-Y… BUT WHY? So you could answer your calls without needing to fuss with any accessory! On Shark Tank, Dr. Johnson asked for US$1,000,000 in exchange for a 15% equity.

I cringed so hard when I watched Dr. Johnson demonstrate the battery charger. Ack! After the Ionic Ears’ appearance on Shark Tank, Darrin Johnson seemed to have disappeared. There is no company website and any record of the surgery ever taking place. Maybe he gave up on the idea. Or maybe he changed his name. There may be a time when implanted technology will be the norm in the future. But I don’t think the Ionic Ear will be the pioneer.

When Arthur Grayer and Michael Wooley walked into the Tank seeking for $50,000 in return for 10% of their children’s alternative backpack company Vestpakz, the only thing they had going for them was a couple of cute little kids modeling the product.

These vests with multiple pockets are nowhere near innovational and they’re such a waste of money to even produce or even market.

Dr. Floyd Seskin is an urologist who claimed to have created something that will help millions of people. As a doctor, he has seen his patients struggle to juggle with sleep, work, and outdoor recreational activities. So he created a product that will help golfers enjoy golfing with no worries because golfers tend to drink a lot of water under the hot sun and are not always able to locate a restroom. Do you see where he’s going with this?

Dr. Floyd Seskin went on Shark Tank asking for $25,000 in exchange for 51% ownership of his company. But, guess what? Kevin Harrington saw potential in it as a novelty product and struck a deal for a whopping 70% equity.

So now we really have UroClub, a fake golf club with a hidden reservoir that you can pee into, for purchase. Just unscrew the cap on the club’s handle and erm, fill it up. It even comes with a privacy towel to help you cover up when in use. Don’t worry, it won’t look unusual at all. Unsurprisingly, the Uro Club is not suggested for women.

If you watch Shark Tank, let us know in the comments below what you think are some of the worst products on Shark Tank! 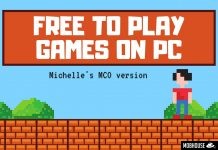 Free PC Games To Play Even After MCO 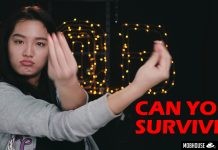 Horror Movies Quiz: Can you make it out alive? 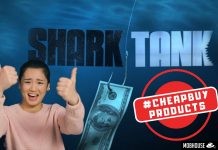