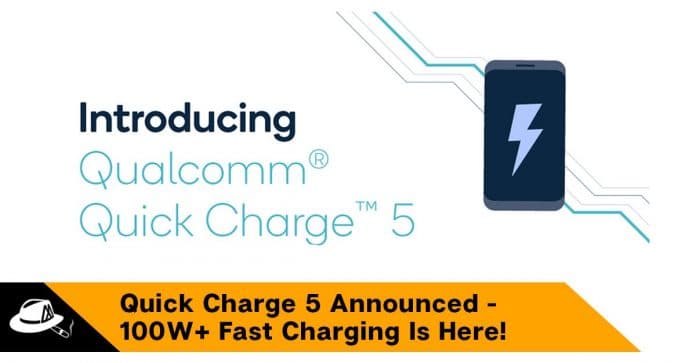 How Fast Is Qualcomm Quick Charge 5? 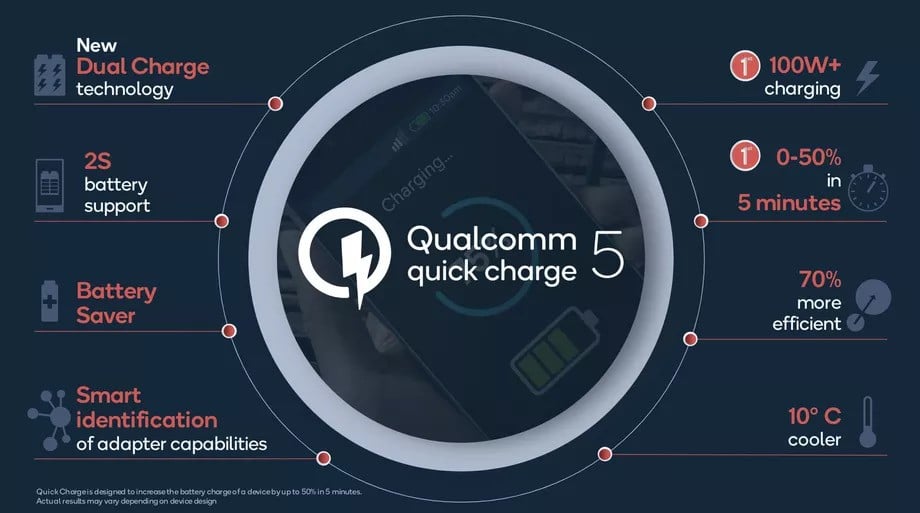 According to Qualcomm, the new standard can charge your mobile phones at over 100W. With this, your phone will be able to go from 0% to 50% in just 5 minutes! Not just that, Quick Charge 5 is supposedly up to 70% more efficient than Quick Charge 4 and up to 4 times faster at charging. All this while keeping the device 10 degrees Celsius cooler than its predecessor!

Quick Charge 5 now also supports 2S batteries! Therefore, it can now charge two battery cells wired in series, doubling the charging voltage. This is similar to what Oppo has been using on its SuperVOOC charging systems.

When Is It Coming?

According to Qualcomm, the new standard will be supported on the Snapdragon 865, 865 Plus, and future premium and high-tier Snapdragon mobile platforms.

However, current phones with the Snapdragon 865 are unlikely to be able to support it. But, new phones that are launching in Q3 2020 which run on the Snapdragon 865 Plus should be able to take advantage of this new charging system. Qualcomm has mentioned that manufacturers are currently sampling Quick Charge 5 and commercial devices are expected to arrive in Q3 2020.

Are you excited to get a phone with super fast charging? While it’s true that manufacturers like Oppo and Xiaomi have been working hard on faster charging solutions. But having an industry giant like Qualcomm coming out with a 100W+ charging standard really cements the future of faster charging on Android devices.

Apple, what’s your next move?