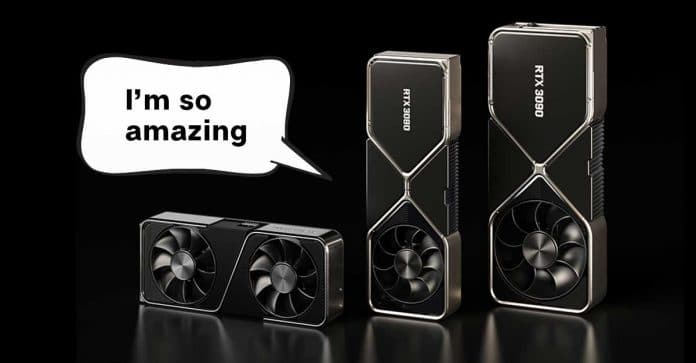 It’s finally here! After counting down for more than 30 hours on a Twitch livestream, Nvidia CEO Jensen Huang revealed the new Ampere-based GeForce RTX 30 Series GPUs, which Nvidia touts to be “the greatest-ever generational leap in GeForce® history”. 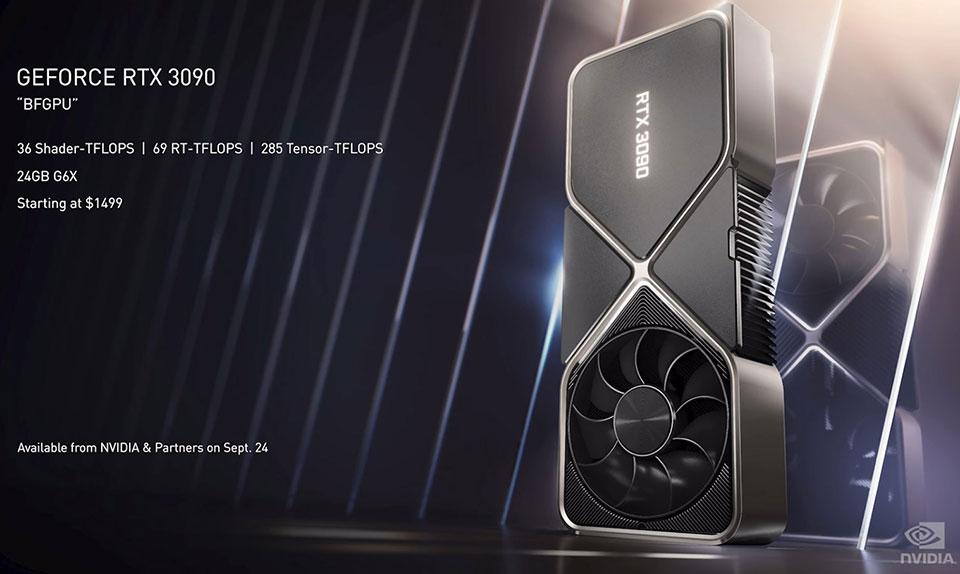 Leading the pack is the RTX 3090, which is intended to replace the TITAN RTX. It is a massive card that comes in a triple-slot design and even a silencer (yep, you heard that right). Nvidia is calling this the “Big Ferocious GPU (BFGPU)”, which is well-deserved looking at the size of this beast.

As for the specs, it comes with a 10496 CUDA Cores and a 1.7GHz boost clock. It also has a whopping 24GB of GDDR6X memory, which is going to benefit memory-intensive applications like machine learning. Nvidia claims the RTX 3090 can perform up to 50% faster than the TITAN RTX, and it can even run “many top games” at 60 FPS in 8K!

The RTX 3090 will be priced from $1,499 for the Founders Edition and will also be produced by AIB Partners, which is a good thing as the TITAN RTX was criticized for its availability issues.

The RTX 3080 is the direct successor of the RTX 2080 and IT IS FAST! If you’ve bought an RTX 2080 within the last few months, get ready to kick yourself because the RTX 3080 can have up to 2x the performance compared to the 2080. It should also perform significantly better than the 2080 Ti, considering the RTX 3070’s performance (which we will explain shortly).

The RTX 3080 comes with 8704 CUDA Cores, a 1.71GHz boost clock, and 10GB of GDDR6X memory. This card seems like it will plow through all the games out there right now in 4K, hopefully even Microsoft Flight Simulator.

Well, how much does it cost? $699 is all you need to enjoy all of this performance. A reminder that the RTX 2080 Ti launched at over $1,000, and you’re getting significantly more performance than that, still not #CheapBuy? 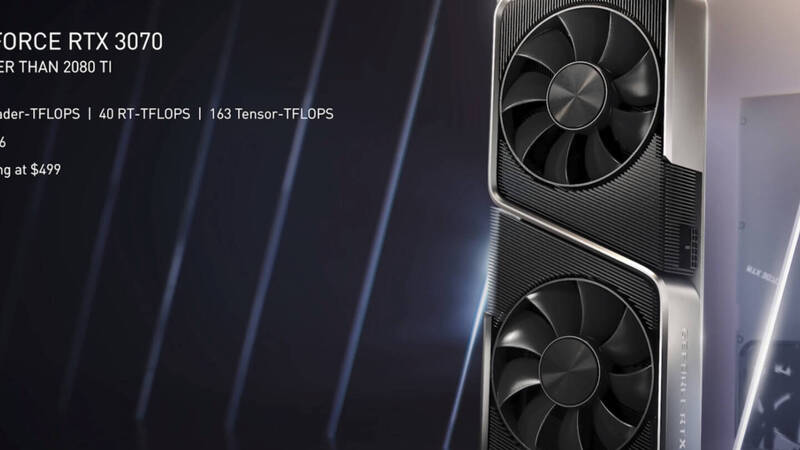 The RTX 3070 is really the sweet spot here among the three. According to Nvidia, this card is faster than the RTX 2080 Ti. While we don’t know if this is with DLSS, Ray Tracing or whatever specific metric they are using, they didn’t use the “Up to” phrase that they usually use when describing relative performance. Seems like a great time to be alive right now for a gamer.

Specs-wise, the RTX 3070 comes with 5888 CUDA Cores and a 1.73GHz boost clock. But, they are only using 8GB of GDDR6 memory instead of GDDR6X on the two older brothers.

For the 2080 Ti level of performance, how much would you pay? Nvidia wants you to pay just $499 and yes, it’s the same price as the 2070 Super. The price-to-performance ratio for Nvidia this time around is through the roof. Seems like they really want to squash AMD’s chance at catching up with Big Navi before they even launch.

Together with the cards, Nvidia also revealed the following in regards to their new RTX cards:

There’s too much to get into here so if you’re interested in what they are bringing to the table, follow the links to read more on the technologies.

The RTX 30 Series launch seems promising so far, and we haven’t even got to the RTX 3060 and lower-end cards yet. With Nvidia coming in with full force against AMD, can AMD’s RDNA2 Big Navi stand up to the test?

Is the performance here #CheapBuy enough for you? Or you want to wait for the lower-end cards and AMD’s offerings to make your decision? Let us know!