At Acer’s 30th Anniversary in Malaysia celebration yesterday, they released a plethora of brand spanking new products. From laptops to monitors, most of it was first revealed at CES this year. Considering its just the start of February and its already here, not bad ah Acer.

Here’s a quick summary and TL;DR of what was released:

Together with the laptop is the Acer Active Stylus, which utilizes Wacom technology, you know its going to be good! It can be used on the 14-inch touchscreen that just slimmed its bezels. The stylus charges by slotting into the charging dock in the laptop, which they claim a 15-second charge can be used for 90 minutes!

The Spin 3 is updated with the latest Intel 10th gen Core i3 and i5, the latter being paired with Iris Plus Graphics. It is priced at RM2699 for the i3 model and RM3199 for the i5 model, carrying 4GB and 8GB of RAM respectively.

Mainly targeted at business users, the new TravelMate P614 was also released at the event. Claiming a 20-hour battery life, you won’t need to awkwardly pull out your charger anymore during business meetings.

Being a business-focused laptop, it weighs in at less than 1.1kg, while being only 16.6mm thin. It also focuses on security features such as a physical webcam door, fingerprint scanner and Acer’s ProShield software.

There are two sizes up for grabs, the Aspire C24 (24″) and the C27 (27″). These all-in-ones are so thin that I initially thought they were just monitors, seriously. The design looks simple and elegant, it would perfectly fit a clean desk setup if you’re into that.

This workstation PC is primarily targeting professionals and designers. The RAM can be configured up to 64GB, perfect for professional software that eats up a lot of RAM. (Also perfect for 60 Chrome tabs)

Strikingly similar to an automatic air freshener, this is the world’s first auto-portrait mode LED projector that allows you to change the projection orientation on-the-fly. Optimized to project smartphone content, it can be operated wirelessly from Android and IOS smartphones. It’s packed with a 9,000 mAh battery, claiming 5 hours of battery life. It can display 1080p Full HD content, with a wide color gamut that is 100% NTSC-compatible, 300 ANSI lumens brightness, and a 5,000:1 contrast ratio. Watching videos on this thing will definitely be a pleasure.

This Netflix-and-chill machine will cost you RM1699.

The 34″ WQHD CB342CK packs a punch. With its 1ms response time IPS display, enjoying content on this monitor would be more than enjoyable, especially with its great viewing angles. This monitor is also HDR-compatible, which means the viewing experience on this monitor is even better while watching HDR content.

If you don’t like the built in ErgoStand, you can hook it up to any VESA-compatible stand to fit your setup as this monitor is compatible! If you fancy some casual gaming, this monitor can support 75Hz at full resolution! AMD FreeSync is supported as well to minimize the screen tearing while gaming. 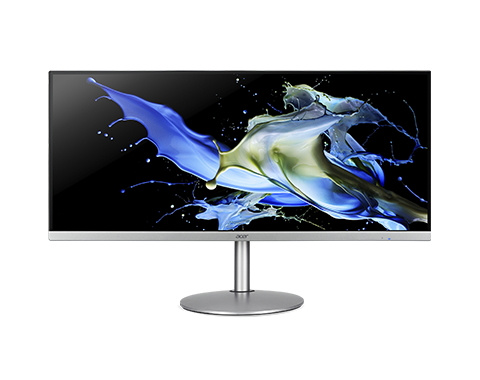 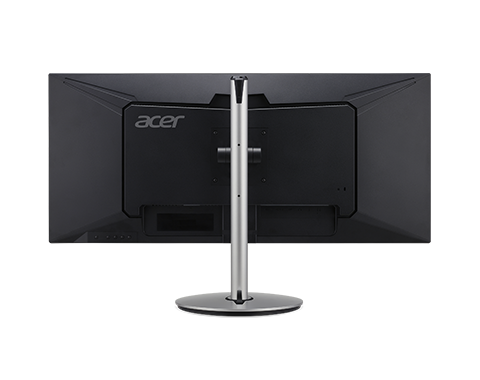 This cool looking monitor is priced at RM1699.

Now, this monitor is for you hardcore gamers out there. It is a 27″ G-Sync-enabled QHD gaming display. Natively running at 120Hz, it can be overclocked to refresh at 165Hz. This is an IPS display with a 1000:1 contrast ratio and brightness of 400 nits, making it HDR400 certified! Of course, can’t forget the 1ms GTG response time, making it an all around great gaming monitor!

You can get this fancy gaming display for RM2199.

If you think the last one was impressive, take a look at this! Although running at 1080p, the Nitro XV Series of monitors is targeted at gamers and esports players, who prefers performance over resolution.

Here’s the impressive part, the top-of-the-line XV273X, which is a 27-inch 240hz panel, actually is an IPS panel! As IPS panels go, this monitor also runs at 1ms response time. As far as we know, this is one of the first monitors in the world to achieve this!

If your wallet is a bit more constrained, you can also check out the entry-level XV240YP, which is 24 inches and runs at 144hz, overclockable to 165Hz. A MPRT response time of 1ms can be achieved with its Visual Response Boost (VRB) option. Overall, this is a great monitor for mixed use of gaming and everyday use, especially at the price of RM699.

Prices are as follows:

Wow! That was a mouthful! So many cool products released in one day, Happy Anniversary Acer Malaysia!

What’s the product that interests you the most? Let us know!