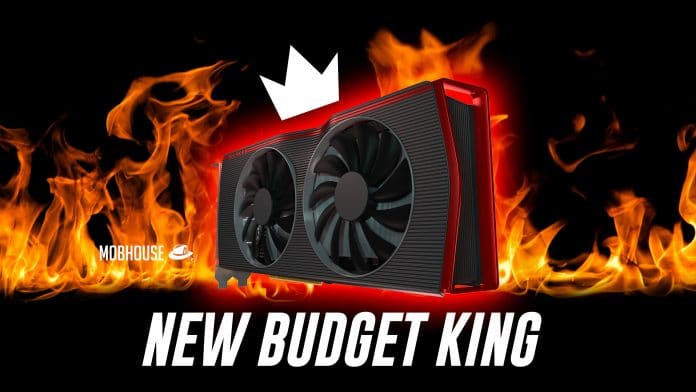 AMD released another powerful graphics card in the USD200-300 price range on 21 January 2020. The AMD Radeon RX 5600 XT graphics card will be cutting all the edges of high-fidelity 1080p and blazing gameplay performance.

AMD is stomping the competition stating that the 5600 XT is “the ultimate graphics card for 1080p gaming“.

These claims seem to be backed up by performance testing where it hit an average of 60 fps for every game except Metro Exodus.

On top of that, it also beat the more expensive Nvidia RTX 2060 at 1080p with max settings.

Even Nvidia’s GTX 1660 Ti can’t match up despite it being in a similar price range and market segment.

A review by PC Gamer ascertained 1080p to be an “easy hurdle” for the card with results of average frame rates close to 137 fps across 12 games.

Powered by AMD RDNA architecture, the RX 5600 XT is tailor-made for select eSports and Triple A games, especially within the 1080p range.

In addition, the 5600 XT is also powered by Radeon Software Adrenalin 2020.

Literally an adrenaline boost to the system, it will help manifest stunning visuals, smooth and high-performance mesmeric experiences.

This time, we can give it a big resounding yes!

A ridiculously good price range at RM1,100 or USD279, this baby is the king in terms of performance and affordability for 1080p gaming. No bank-busting just for incremental upgrades!

You’ll be playing most of your AAA games at 1080p and full specs without breaking a sweat!

Click on this link for further information on AMD’s Radeon RX 5600 XT and other 5600 series products.