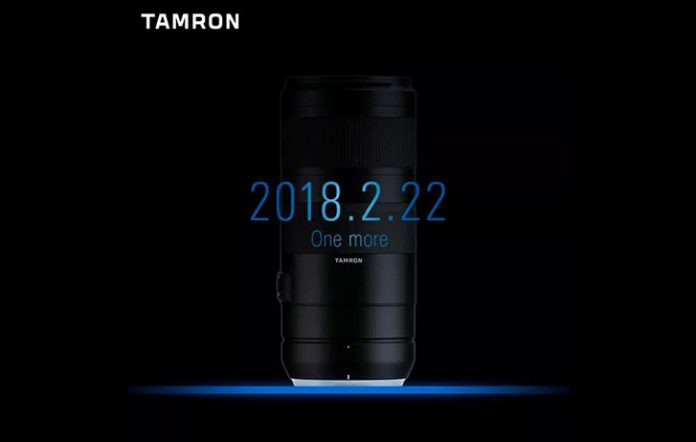 Every now and again, camera or lens manufacturers tease us with their new releases on social media. Based on this image and now one more on the Tamrom Japan Instagram account, Tamron is about to release a couple of new lenses, presumably a zoom. While last week’s teaser was met with a bunch of speculations, we most definitely get the hint from Tamron’s image above.

That, we owe to the internet. It opened the flood gates shortly before this teaser went up and a bunch of images showing the unreleased Tamron 70-210mm F4 Di VC USD lens was leaked online.

Here are some of the leaked photos, courtesy of CanonWatch and Nokishita:

Seems like it is all but certain that the new 70-210mm F4 shown will be officially announced on February 22nd 2018. We are definitely looking forward to that. Hopefully, the other Tamron lens teased last week will be unveiled simultaneously.