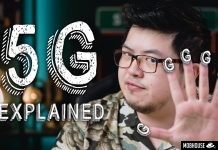 How far we have come in the gaming industry to now be waiting for something called the PlayStation 5. Ever wondered how it all happened? Let’s take a nosedive into the rabbit hole!

Did you know, the PlayStation first came to existence through a clash between Sony and Nintendo?

However, good things came out of this conflict. Months later after the break-up, PlayStation Head Ken Kutaragi (also known as Father of Playstation) unveiled a proprietary CD-ROM-based system which involved playing video games with 3D graphics. And thus would be the first video game console ever to ship over a 100 million units: the PlayStation.

The PlayStation revolutionized the industry by introducing real-time 3D rendering, which brought many new possibilities. It was a welcomed upgrade from the 2D graphics that games had been limited to at the time. This was achieved through use of the compact disc format which allowed fully-rendered cutscenes for player immersion. It was something even the famed N64 struggled with due to limited space in its cartridges.

However, that wasn’t enough for the PlayStation. It portrayed itself as a strong competitor to the Nintendo flagship by using memory cards for extra space for game saves; something that the N64 didn’t have.

In 2000, Sony then released a smaller and redesigned version of the PlayStation, calling it creatively as… the PS One.

The two main changes that differentiates this model from its predecessor was a cosmetic change and the home’s menu GUI (Graphical User Interface) which was previously used on PAL only consoles.

But it wasn’t the only thing that came from Sony to the markets that year.

The PlayStation 2 was released and went on to strongly compete with the Sega Dreamcast, Microsoft’s Xbox, and of course, their rival: Nintendo and their GameCube. The PS2’s advantage over its competition was its gigantic game library of over 2000 titles. It also had a rare feature at the time, where it had backwards compatibility feature with most PS1 games, as well as being able to support regular DVDs. These extra features allowed PS2 owners more flexibility and choices with a more varied game library.

Make of it what you will; because Sony then released (another) smaller version of its console: the PlayStation 2 Slim. It was not only slimmer, but quieter and included an Ethernet port. Then, in 2007, Sony began to ship another version of the Playstation 2 Slim along with a lighter AC adapter. Thanks to the constant innovation on the PS2 design, the console managed to sell up to an insane amount of 155 million units (as of January 4, 2013).

Things seem good for Sony and their creations. But we all know that the story doesn’t end there. What about the PS 3 and the PS 4? That is a story to be told at another time. So do come and hangout with us on our Facebook page for more fun content about gaming tech.