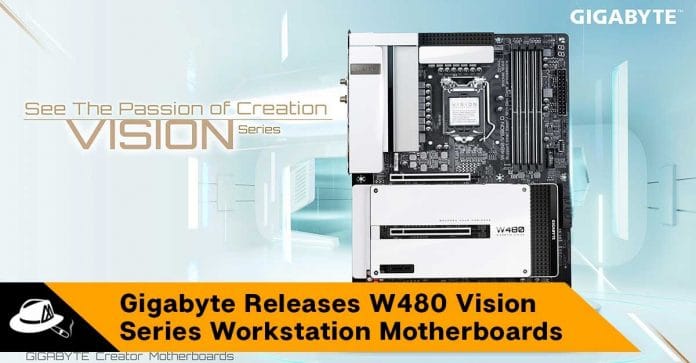 About The W480 Chipset

Here are some features which W480 support that Z490 doesn’t:

On top of that, the W480 chipset doesn’t support overclocking since it is designed for stability and reliability.

Gigabyte W480 VISION: For The Passion Of Creation 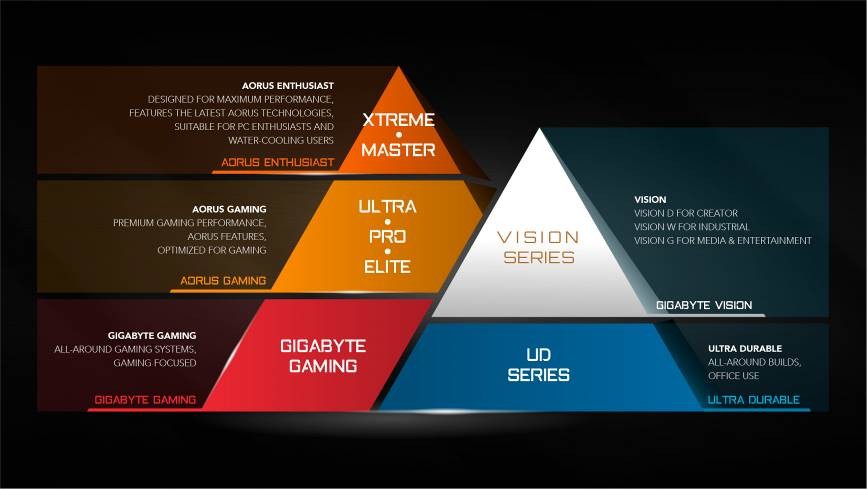 Gigabyte is targeting this new series of motherboards for workstations and content creators. This completes Gigabyte’s VISION series lineup, which also includes the Z490 VISION G and Z490 VISION D. The Vision series is more creator-focused whereas the AORUS boards are more gaming-centric.

The W480 VISION series comes with up to 12-phase digital power and the latest thermal design for the latest processors. It also supports both dual-channel ECC and non-ECC Unbuffered DDR4 memory.

In terms of network connectivity, it comes with Intel’s dual 2.5GbE + 1GbE network. Wi-Fi 6 is also present to provide maximum connectivity options. There are also SATA DOM and Thunderbolt 3 support.

The W480 VISION series also supports Multi-GPU technology. This allows users to use multiple high-end GPUs or even Quadro cards for their workstation needs.

Interestingly, the W480 VISION series come with PCIe 4.0 grade PCBs, PCIe slots, M.2 slots, and controllers. This means that the next generation of processors is likely to support PCIe 4.0 and will work on the current chipsets.

Finally, the boards utilize the ALC 1220-VB audio engine and WIMA FKP2 audio capacitors for the best audio experience possible for content creators on the motherboard itself without needing sound cards or audio interfaces.

While this series of motherboards might not be for those of us who are looking to upgrade our gaming PC setup, there is an increasingly growing market in the content creator space. The need for workstations is definitely increasing and Gigabyte knows this. Therefore, it is good to see Gigabyte having a whole dedicated lineup of VISION motherboards with content creators and workstations in mind.