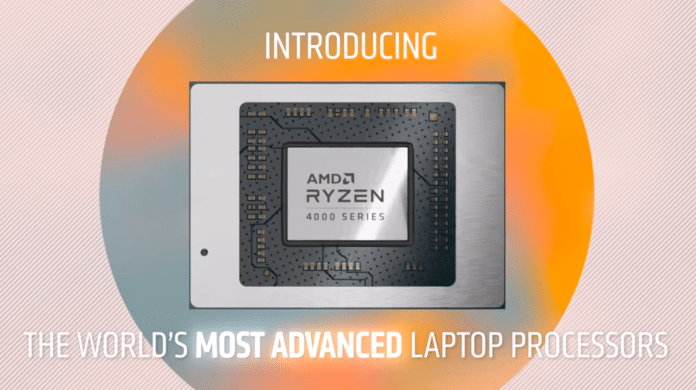 2020 marks another year for AMD’s rising streak as they announced their newest third-gen Ryzen 4000 Series at CES 2020. With the introduction of AMD’s “best laptop processor ever built“, the Ryzen 7 4800U, even the thinnest laptops can now go Super Saiyan.

Based on AMD’s Renoir Architecture, the new 15 Watt U Series processor is designed for thin and light laptops.

For a 15W processor, the Ryzen 7 4800U is 4% faster in single-thread processing, 90% better in multi-threaded performance and 28% improvement in graphics performance.

As the world’s first 7nm laptop processor, the Ryzen 7 4800U is twice as power-efficient as the previous second-generation Ryzen 12nm series.

As such, laptops with the 4800U processor can run for a longer period of time.

The Lenovo Yoga Slim 7 is the first laptop with the new Ryzen 7 processor.

However, more laptops using the Ryzen 7 4800U processor will be released by the end of this year.

The beefy Ryzen 7 4800U processor allows for much faster processing power whether you’re gaming or working.

Also, the 4800U’s mobile form factor means there will be a slew of even thinner and lighter laptops entering retail stores.

Lastly, we can definitely expect other tech giants to release their own version of laptop processors in response to AMD’s recent introduction of the 4800U.

For the TL;DR, check out our Monday Logins with Michelle where we report on the latest tech news every Monday.