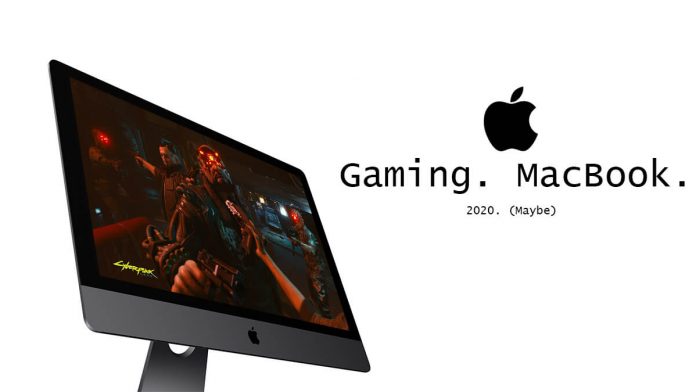 Gaming on a Mac – Seriously, Bro?

Macbooks and iMac computers don’t usually come to mind when we think of gaming. No matter how you slice it, Apple will be taking a huge bite into the gaming industry if the rumors are true. But, will it be more than they can chew?

Historically, Macs have always struggled to be a top choice for gamers.

Macs are generally optimized to be compact, sleek, ergonomic, and packed to the brim with processing power. This leaves out room for bulky but powerful graphics cards.

Only higher-end Macs tend to have dedicated graphics cards that can handle the immense requirements of massive modern games.

The fact that Macs are generally designed to be workstations reflects on gaming platforms such as Steam, where only 7,000 games out of 20,000 are available for Apple’s operating system.

Rumors from Economic Daily (via TechRadar) claim that Apple will be developing an “esports PC”.

This PC may be similar to the iMac or a large gaming laptop in the vein of the Razer Blade 17 Pro.

Word on the tech street is that Apple’s gaming PC may be unveiled at its annual Worldwide Developer Conference (WWDC) this June.

The Cupertino tech giants have previously ventured into high-end desktop hardware with the Mac Pro, priced at almost RM25,000.

Even though we now know that a high spec gaming Mac is possible, we are still lacking more than a few sound bites and leaked details.

One such detail is that the machine may be sitting between the price range of USD 5,000 to 6,000.

The launch of Apple Arcade in 2019 proved that the company has had gaming on their minds for a while.

The monthly subscription service has a catalog of more than 100 games from Capcom to Sega, which can be played on Macs, Apple TVs, and iOS.

As of now, major titles such as Red Dead Redemption 2, Call of Duty: Modern Warfare, and other notable entries are still incompatible with macOS.

However, you can bet your bottom dollar that Apple will penetrate the gaming market soon and maybe overturn its status as a workstation producer.