Home Tech Tips PC Fan Bearings: Which One To Go For? 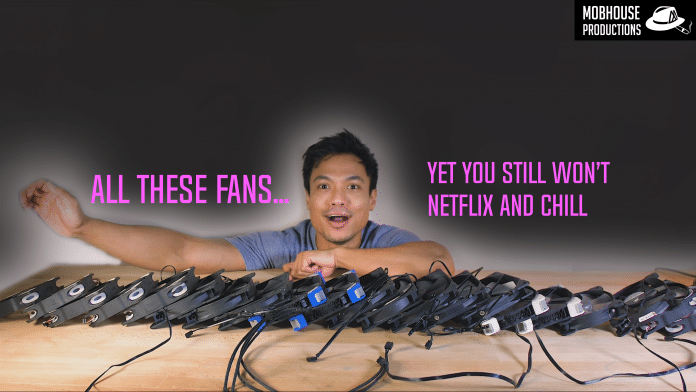 We’ve had some great feedback at the MOBHouse Facebook page on the types of fans people are using to cool their systems. For most users, the stock fans that come with your casing should be sufficient cooling for everyday desktop computing. But for the power user, with great power comes great thermal management requirements.

In this article, we’re going to briefly list the 4 major types of CPU fans available in the market today, and the pros and cons of each.

These are used in practically all stock and consumer level PC fans, and can be found for dirt cheap at just about any PC hardware store. They’re also reasonably quiet too and a good option for most general users who are working with default clock speeds.

On the flip side, sleeve bearing fans are a disposable system. Once they go kaput, you’ll have to replace them as it’s more cost and trouble to repair than to replace the fan. They’re meant for general usage, so on a system that’s always running hot, the fans’ lubrication would soon dry out and it will eventually fail. Lastly, due to their inherent design, sleeve bearing fans wear out quicker if mounted horizontally, so it’s recommended to mount them vertically.

Ball bearings are used in higher grade fans as they’re significantly more durable and can withstand higher temperatures. They cost significantly more than the sleeve bearing fans, but longer working life would justify the cost for power users. You can also mount them horizontally without compromising on its lifespan.

Aside from the cost, about the only significant drawback of ball bearing fans is the higher default noise output at low fan speeds, which increases over time as the internal lubrication eventually dries up. At higher revolutions however, the noise level would still compare to a sleeve bearing CPU fan, so this is only a concern if you’re working in a quiet environment.

Fluid dynamic and rifle bearing fans are essentially the same technology of continuously pumping lubricants into the fan bearing. The difference in name is due to fluid dynamic being a patented design, while rifle bearings use different design (but otherwise the same principle) to circumvent the patent licensing costs. If you’d like to do some further reading on the subject, click here.

They combine the best features of sleeve and ball bearing fans: they can be mounted horizontally, are quiet and have roughly the same (and longer) life expectancy of a ball bearing fan due to the lack of moving parts. On the flip side, the fans also tend to be more expensive, more so if you’re going for the patented fluid dynamic bearing fan.

The newest fan in the market is the magnetic levitation, or maglev fan for short. They rely on magnets to keep the fan suspended, so it generates almost zero friction. What this means is the fan is both quiet, offers effective cooling and is also more durable in high temperatures than ball or sleeve bearing fans.

So what’s the catch? Being the newest kid on the block with the fanciest tech, maglev fans are the most expensive casing fans money can buy today, and they’re seriously overkill for general users running at stock speeds. But for the power users, this is effectively the same technology that powers the latest high speed bullet trains going into your PC.